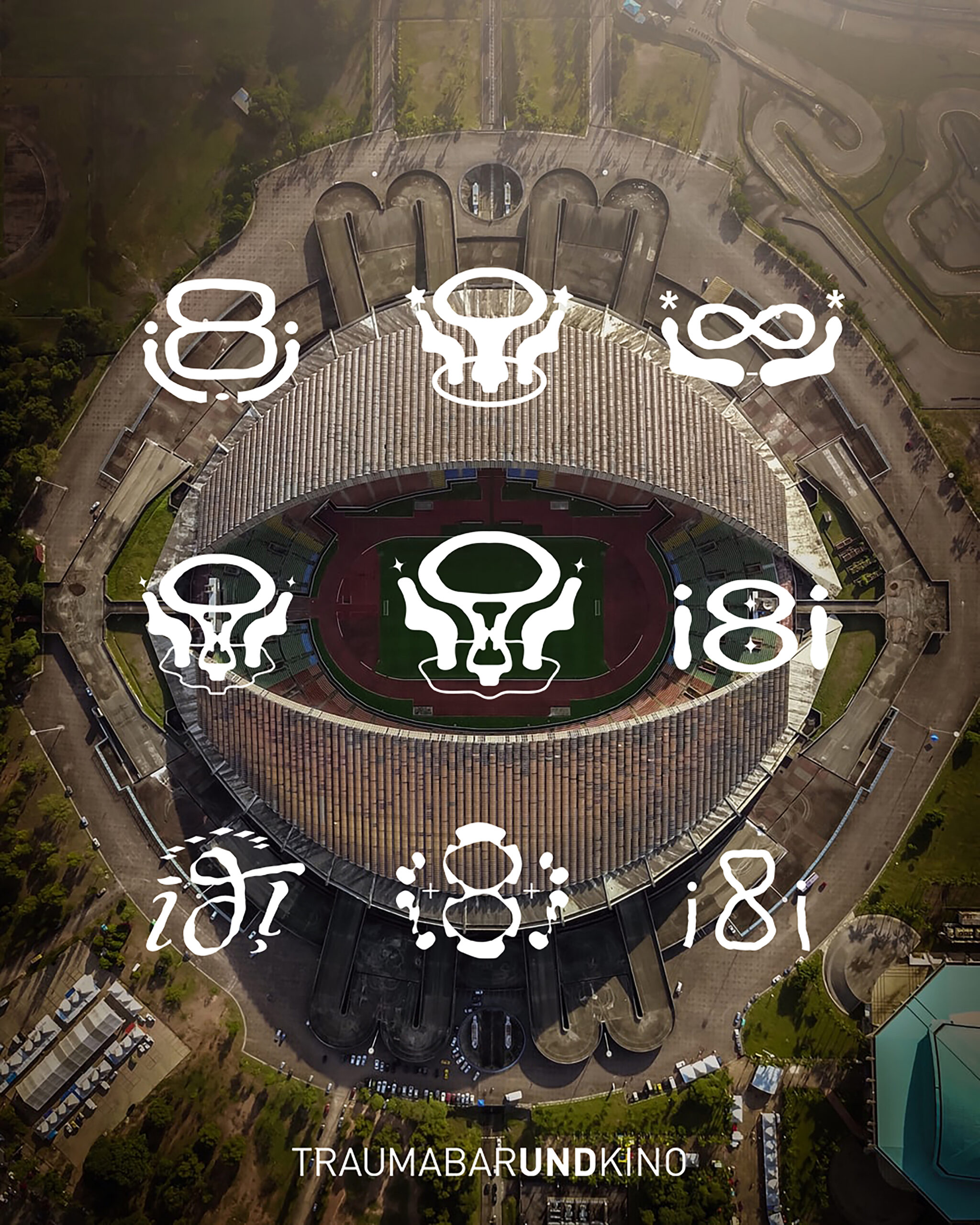 The international and multidisciplinary collective explores themes of spirituality, technology, and digital identity with a focus on performance and installation.

The exhibition at Trauma Bar und Kino is not only the group’s first presentation in Europe, but also the first show by the collective in this configuration. It includes expansive installations and sculptures as well as sound works and performances that reflect i8i’s philosophy. Memes, music videos, and sound are interwoven with the sculptures and installations to create a narrative context. They guide the visitors through a labyrinth of sculptures and figures that tell the story of Infinite Scroll. They narrate the first chapter of a live role-play of the “Battle of Armageddon,” a decisive eschatological battle staged by i8i at the Trauma Bar und Kino.

Spaceship for the Arts

Trauma Bar und Kino becomes a spaceship on the verge of an apocalyptic collision. Æ, the creator of ÆOS (Artificial Emotional Operating System), wants to maintain his supremacy in the world understood as “Generally Accepted Reality.” To achieve this, he manipulates and changes information, facts and objects, waging a war of violence by sowing division and deception. The tool of his deception is Instagram, which becomes a manipulative instrument to control thinking, feeling, and being. In the story, Instagram becomes the Infinite Scroll with which AE attempts to create a new order. Infinite Scroll unites the forces of spirituality and technology—but also natural resources and political powers.
At the Trauma Bar und Kino, i8i thus creates an analog and expanded World Wide Web, a tangible version of a virtual reality that has re-embedded itself in everyone’s consciousness during the COVID-19 pandemic.